“Messi is out! Let’s play with the blue ball, please!” Shouts two-year-old Nahitan, convinced that soccer star Lionel Messi (35) is in that modest house where he screams in his sweet timbre of voice, not knowing that no one will get out of there.

That house located at 525 Estado de Israel street is where the Argentine footballer lived until the age of 13, in the La Bajada district of Rosario, in the province of Santa Fe, about 300 kilometers north of Buenos Aires, an , humble people who do not forget their idol and beat their breasts for him.

“I love you Messi”, repeated Nahitan, encouraged by his relatives, who traveled from Santiago del Estero, in the north of the country, to Buenos Aires, to greet “the captain” at the Obelisk, to thank him for having won, to Finally, the World Cup, with a heart-pounding definition against France (3-3 after extra time and 4-2 on penalties). 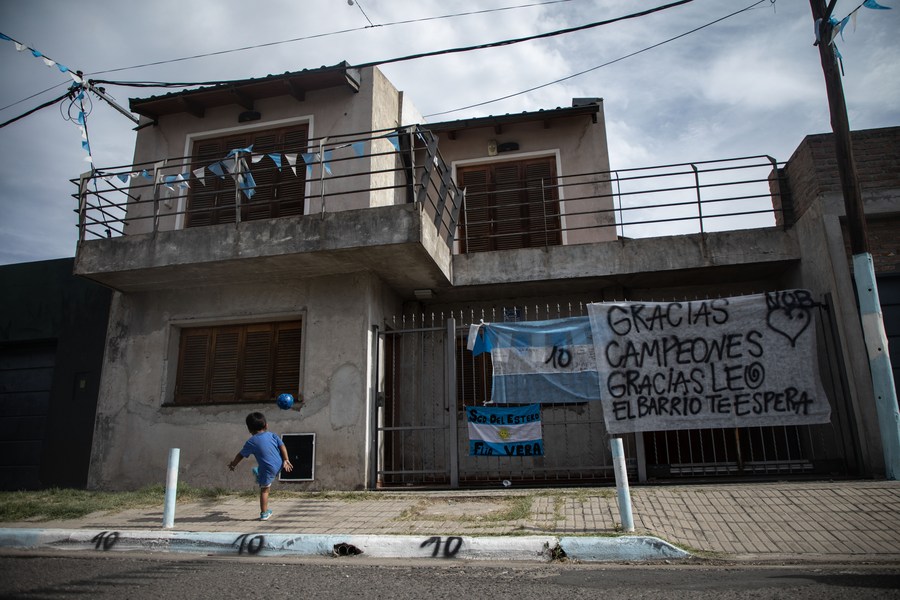 The campus caravan by convertible bus would never reach that traditional monument in the center of the capital because the streets of Buenos Aires and its suburbs were overflowing with more than five million fans.

For this reason, the Veras decided to travel another 300 kilometers to Rosario, Messi’s childhood home, on whose bars they hung a flag with a message of gratitude.

“I want to thank him for everything he has done for us and for giving us so much football,” commented Joaquín Vera (19).

Who holds the keys to this construction is Matías (40), the second of four brothers (the other two are Rodrigo, 42, and María Sol, 29) from the marriage of Jorge Messi (64) and Celia Cuccittini (62).

On one of its sides shines one of the murals that adorn the city: an image of Messi looking at the sky, his party in which he always greets his maternal grandmother Celia, who died in 1998 at the age of 68, a victim of Alzheimer’s, when Leo he had not turned 11.

In one image, Messi got excited in the middle of a video call with his wife, Antonella Roccuzzo (34), and their children Thiago (10), Mateo (7) and Ciro (4) sitting on the grass of the legendary Maracana.

It is a photo that excites the Messi family and which was taken in the midst of the new coronavirus pandemic, a phase of social isolation. And he was registered for good as soon as he won the 2021 Copa América against local Brazil, to end a 28-year drought with no senior team titles. 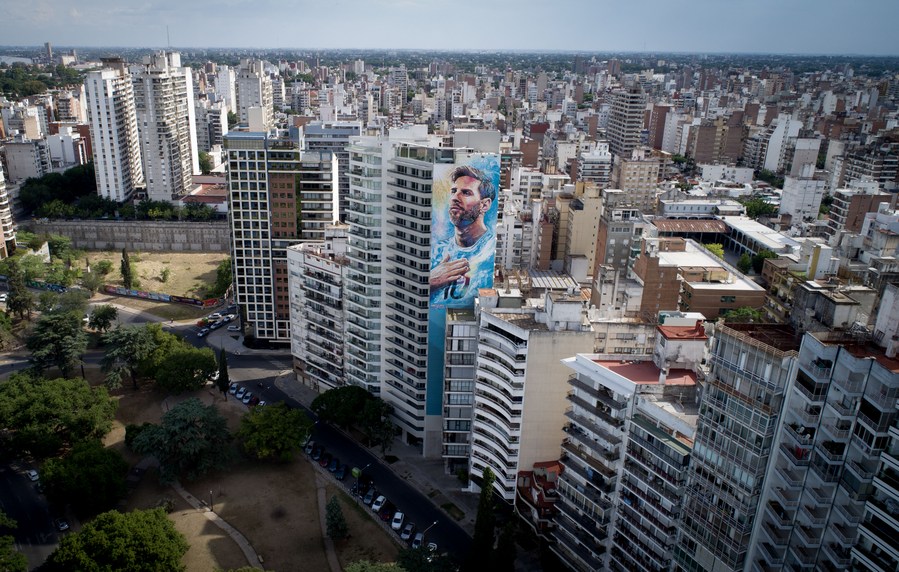 “Leo is a character who goes beyond sport, he is magical,” the author of that mural, Lisandro Urteaga (51), also from Santa Fe, told Xinhua, who painted it in various strategic points of the city.

Meanwhile, it gives traces of another work of art that saw the light at the World Cup in Qatar, with the now famous phrase that Messi dedicated to his Dutch rival Wout Weghorst, in the quarterfinals: “What are you looking at, fool? Go there.

Together with him, his partner Marlene Zuriaga (32), originally from Monje, a small town in Santa Fe, paints with equal enthusiasm.

“What he does and what he is is extraordinary, also because he is an emblem, an ambassador in the world, not only for how fascinating his football expression, his technique, his skills are, but also because he maintains coherence, simplicity, a ‘humility, a peace, gives a chair of respect, of camaraderie,” he stressed.

“We take it as part of our gratitude for all that he has given us and continues to give us, and he will certainly give us,” Urteaga said. 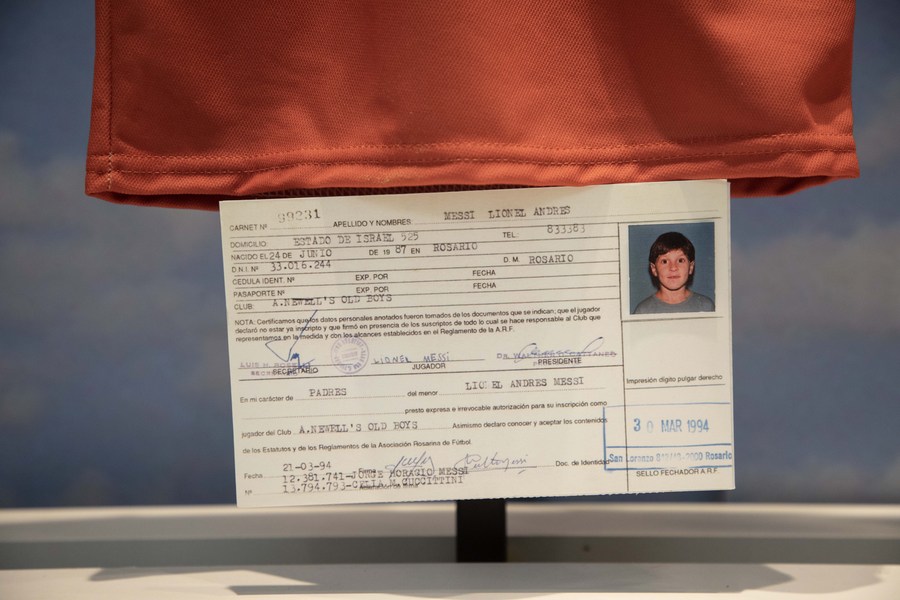 The city is divided in two: on one side are the supporters of Newell’s Old Boys, the Rossoneri, the “leper”, in whose youth teams Messi played until his departure for Barcelona, ​​​​Spain, at the age of 13, and has not stopped inflating the nets to win titles.

In Newell’s he also played seven matches, in 1993, of the other great Argentine idol, Diego Armando Maradona, winner of the 1986 World Cup in Mexico.

On the other hand, the fans of Rosario Central, the auriazul, the “rascal”, from which emerged Angel Di María, the one who scored the goals in the finals, the one who defeated the supporters’ resistance, the one who gave the Albiceleste national team the Copa América Brazil 2021 and the World Cup in Qatar 2022.

Mario Alberto Kempes, champion and scorer at the 1978 World Cup in Argentina, also shone at the Central.

“Leo played soccer as a child. It was terrible. The house was empty, but you saw a little red, La Pulga, he was the one kicking,” one of the neighborhood residents, Nieves Meyer (62), reminded Xinhua. . .

Messi, his brothers and their friends played ball all day in the street or in the clearing owned by the Argentine Army at the time, about 100 meters from there, from where the military got tired of throwing them out.

“When he wanted to play football and his mother put him into penance, he would raise the blinds, go out and play football,” said the woman, recalling that it didn’t matter if it was hot, cold or if the street was flooded dirty by the rain.

“Everything was a reason to play football and Leo participated in all of them,” said Meyer, who said he doesn’t remember Lionel “in any other way than playing football.”

“You heard the balls hit the gate and you were already yelling: Lionel! We’re taking a nap!” the neighbor recalled with a laugh.

The kids came home from class, “they threw out their backpacks, they played with their school uniform, they took off their shoes because if we didn’t we’d kill them and they’d play standing up, and what a great game they’d have, eh ,” She said.

Another who remembers those times is Carlos Ibañez (65), who everyone in the neighborhood knows as “Carlitos”.

The man has a shop and has always been the hard worker, and it was he who took his two sons to play at the Malvinas Argentinas children’s soccer school, at Newell’s, where Messi did whatever he wanted with the ball. 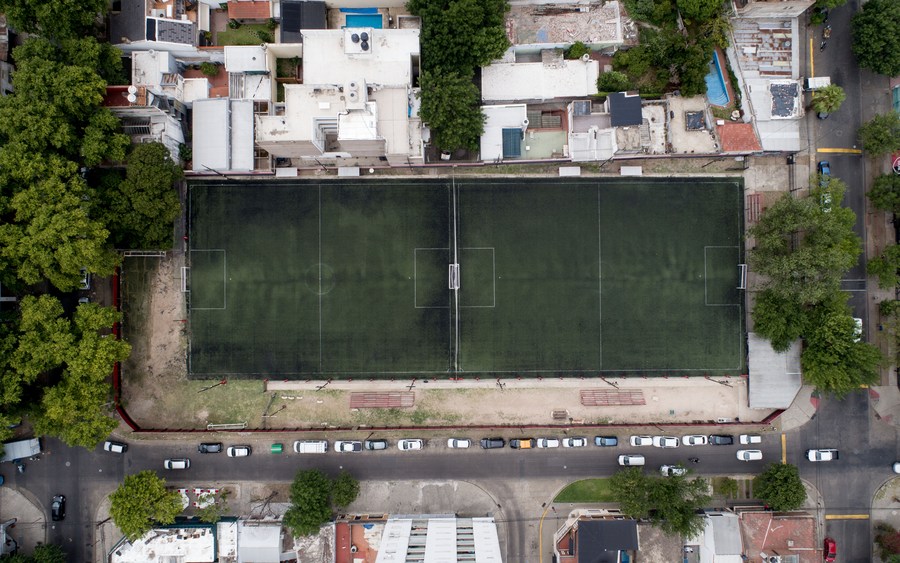 “We took him to play football, he came from playing in the Malvinas and he wanted to go with our group that we played in a club with a mosaic floor, with material stands, you don’t know what it was,” he commented and recalled that if not had put it, “I was crying.”

Ibañez stressed that Lionel “stood out from the crowd, he was very good”, that he “wasn’t afraid” despite facing bigger rivals and that he “would make” signings “with the ball”, that he never let go of . .

“He was a quiet student, compliant with his homework, responsible, respectful, without problems, calm, fond of leisure, yes, going out and playing football,” he reconstructed in dialogue with Xinhua.

The teacher, who will retire in 2022, stressed that Messi is an example for children, who are advised not to “leave school separately”. 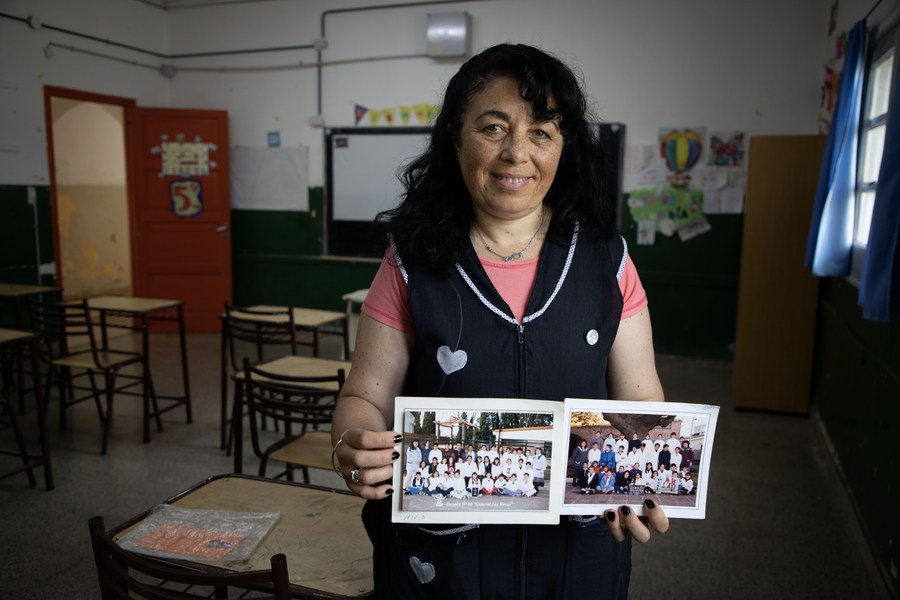 On the street everyone loves their illustrious citizen, whom they describe as their “God”, an “idol” who “represents” them.

Alejo (17), from Villaguay (Entre Ríos), imitates his voice and has the star in the background of his mobile screen.

Juan Echeverría (59), director of the Santa Fe Sports Museum, where there is an exclusive sector for Messi, underlines “his integrity as a person, as well as a football mega star”.

Julián (17) defines it without euphemisms: “He is the love of my life”.

“We love you Messi!” he exclaimed with his friends Bruno and Joaquín (17).

Morena (17) considers it “proud” to represent Rosario in the world and Gonzalo Cejas (34) proposes to “make it a monument” in the city.

Sabrina (40) makes the difference with Maradona and declared that “Leo has always behaved impeccably as a person, which in the end is the most important thing, beyond the ball, a trophy or winning a World Cup” .

Finally, Martín (47) goes around the city with Messi’s 10 on his back.

“There is no one else like him,” he said. 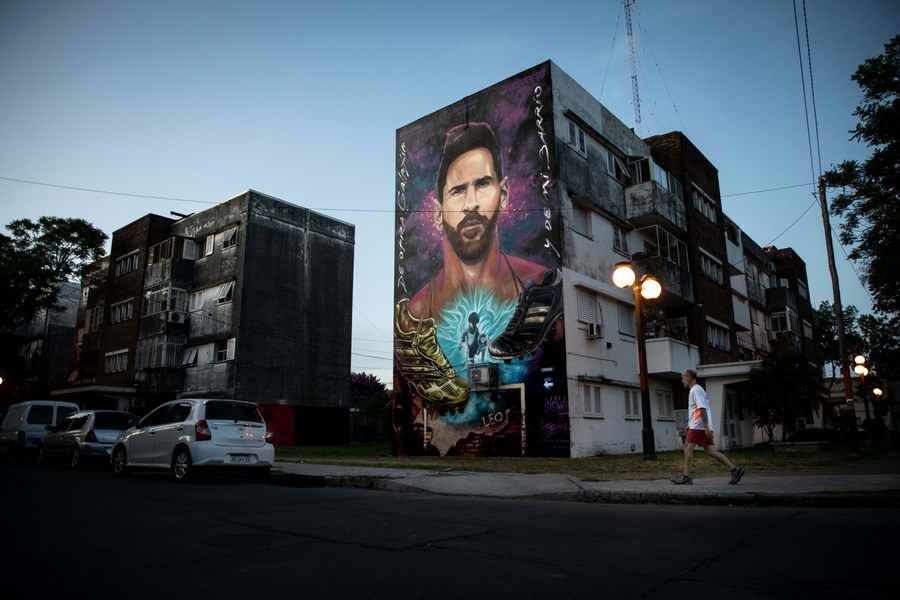 And he goes after a new dream, like that “Pulce” who kicked the ball at the Abanderado Grandoli club, at Newell’s, in the center of Córdoba, on the sidewalk, in open fields, on any terrain, without fear and regardless of who it was. ahead of him, as he still does at 35.